All sessions :: Session K01 :: All presentations

Convergences and divergences of geographies from an East-Central European perspective

In this paper I will revisit the European debate organised for the promotion of a real internationalization of academic discourses in geography more than a decade ago. Relying on the experiences of the special era of post-socialist transition in Hungary, my then point was that if there was convergence between the national “schools” of geography within Europe, then it was, at best, “uneven convergence”. What are the recent tendencies, scales, dimensions and possible social results of convergences and divergences?

Discussing this question in the context of power relations I will concentrate on i) the changing practices and socio-economic sources of Anglo-American and/or Western hegemony in the geographical knowledge production in the enlarged European Union, ii) the growing diversity of epistemological approaches and the potential results of the generational differences in the positionalities, iii) the dangers of the divergence between theory and practice, academic and “lay” discourses. 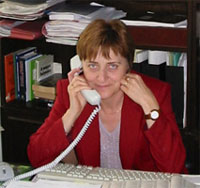