All sessions :: Session P08 :: All presentations

Mobilizing boundaries: Tourism as a stimulus for transforming forms and functions of international borders

This paper examines how tourism as a global socio-economic phenomenon has been powerful enough to challenge absolute state sovereignty by creating the need for international borders and their legal forms and functions to be altered and transformed. The relationships between borders and tourism have long been classified quite directly as borders as tourist attractions/destinations, borders as barriers to travel, borders as zones of transit, and borders as modifiers of the tourism landscape. While all four of these relationships still hold true, a new relationship has also been identified recently by the author, and that is tourism as a modifier of the border landscape and also of the legal boundary itself. Based upon extensive field work and case study-based research methods, this paper provides empirical evidence of this unique and still somewhat uncommon relationship between borders and tourism from the French-Andorran and US-Mexican borders to illustrate not only the mobilities of people who cross international frontiers but also how those international boundaries themselves become mobilized as living, mobile and transformative geopolitical organisms. 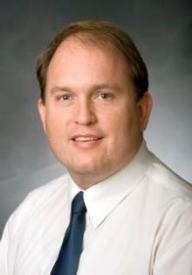