Borders: historicity of space/territoriality of time

My starting point is the definition how Heidegger’s term of ’Historicity’ (Geschichtlichkeit) describes the existential relation between the Being and Time. An object in a museum is interesting for visitors because of an existential relationship the object had with another Being / Existence / Dasein in time. In the second part of my presentation I will touch upon the evolution how History as Providence has replaced by subjective history (history inside) defining the identity of human beings. From this point of view, borders (as boundaries defining our identity) make visible our temporality / historicity in space.

Second point of my presentation is given by the statement and justification that borders are creatures of time: their birth, metamorphoses, life-history and „death” are fundamentally interwoven by temporality. Consequently, borders can be interpreted as not-self-evident and not-perennial marks of time in space. Capricious history removes and abolish borders and creates new ones. From this point of view, borders are representations of time on the maps.

In my closing remarks, I will touch upon the new experience of space in a global world where identity is no longer lanced by state borders. This novelty changes our concept on space and boundaries. However, Being as a being in time cannot be freed from bordered world, because borders are fundamentally connected to Historicity. 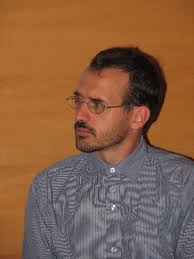